What Is Whole Body Cryotherapy? 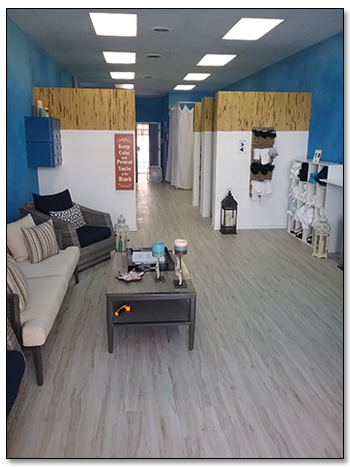 Whole Body Cryotherapy was developed by Dr. Yamaguchi, a rheumatoid arthritis doctor in Japan in the late 1970's who started using freezing treatments on his rheumatoid arthritis patient's. He used rapid short term freezing of the skin's surface and found he could significantly reduce the soreness and pain his patient's felt during manipulation of their joints.

Dr. Yamaguchi showed that the benefits of cold did not relate to chilling the underlying tissues. Rather, the benefits correlated with the chilling of the nerves known as thermoreceptors. Thermoreceptors are specialized nerve cells that are able to detect differences in temperature. Temperature is a relative measure of heat present in the environment. Thermoreceptors are able to detect heat and cold and are found throughout the skin in order to allow sensory reception throughout the body. The rapid decrease of temperature of the outer layer of skin also led to the immediate release of endorphin's and therefore less sensitivity to pain.

Dr. Yamaguchi quickly set out to find a method to quickly cool the largest possible amount of skin in the briefest amount of time. Numerous trials led him to the use of Nitrogen gas in dried air. Nitrogen is inert and makes up roughly 80% of our atmosphere. It is the best form to cool quickly and keep a consistent temperature.

Research conducted over the last 2 decades, primarily in Europe, has established therapeutic effectiveness Whole Body Cryotherapy in a wide range of clinical areas listed below:


What Can I Expect From Whole Body Cryotherapy?

Dr. Yamaguchi found that by short term freezing of the skin's surface, he could significantly reduce the soreness and pain his patient's felt during manipulation of their joints. Dr. Yamaguchi set out to find a method to quickly cool the largest possible amount of skin in the briefest amount of time to without causing the cold to penetrate.


When was Whole Body Cryotherapy introduced to the U.S.?
Whole body cryotherapy has been used in Europe and Japan for over 30 years. Multiple case studies have been published about the effects of whole body cryotherapy, including reducing inflammation, pain management in relation to rhematoid arthritis, fibromyalgia, and Multiple Sclerosis, improved athletic performance, and in many European countries the sessions are covered by medical insurance. In 2009 whole body cryotherapy was introduced in United States, is considered a non-medical wellness modality and is currently not covered by medical insurance.


Is Whole Body Cryotherapy safe?
Yes. Dr. Yamaguchi found the use of brief exposures to gas from liquid nitrogen in dried air was the way to quickly cool a large amount of skin in the briefest time. Nitrogen gas is safe to breathe as it makes up roughly 80% of our atmosphere, however, in a pure state, It displaces oxygen. When a client is in the cryosauna, his/her head/neck and shoulders are above the cryosauna so the client breathes in the normal atmospheric air.


What can I expect during a Whole Body Cryotherapy Session?
When you arrive at Surf City Cryo, you will be greeted by one of our certified cryotechnicians. Each cryotecnician has undergone certification of the safety and operation of the cryosauna. We will gather general information and a waiver will need to be completed before using our facility. You will then be given a robe, socks, gloves and slippers and shown to a changing room. Modesty is preserved at all times as only your face/neck/shoulders and hands are visible to the technician during a session. Once you have changed you will be escorted to the cyrosauna by the cryotechnician. The cryotechnician is with you during the entire session. The cryosauna is cooled and then you step into the cyrosauna. Your session begins for a total of 2.5 to 3 minutes. The cold is 'dry', so it is very tolerable. Towards the end of your session, you may experience a 'pins and needles' sensation, which disappears shortly after your session. When the session is over, you are escorted out of the cryosauna and should begin to feel the effects of your session rather quickly.

How do I feel after a Whole Body Cryotherapy session?
During a session the body releases endorphins, which are hormones that block pain and make you feel good. The mood-enhancing effects from a session are felt by most immediately.


How many Whole Body Cryotherapy sessions should I do?
Depending on your condition we suggest 6 to 10 sessions in close succession to maximize your results (i.e 3 visits a week every other day for 2 to 3 weeks) and see how you feel.


I am claustrophobic. May I use Whole Body Cryotherapy?
Yes, this is why Surf City Cryo utilizes the cryosauna and not a fully enclosed chamber. You are in open air and are free to step out at any time should you feel the need.


Will I get wet from the Whole Body Cryotherapy session?
No, you won't. The session is absolutely dry and does not make your skin wet.


What are the risks of Whole Body Cryotherapy?
Whole body cryotherapy has minimal risks. Fluctuations in blood pressure during the session by up to 10 points systolically (this effect reverses after the end of the session, as peripheral circulation returns to normal), allergic reaction to extreme cold (rare), claustrophobia, redness, and skin burns (only if exposed to low temperatures longer than recommended).


Should I work out before or after a session?
Both are completely safe. Receiving a session before working out may enhance your energy and endurance while promoting muscle recovery and rejuvenation.


Are you open on holidays?
Surf City Cryo is closed on the following days so our staff can enjoy time with their families.


What can I expect from an Infrared Sauna session?